In April 2016, the NYPD raided two Eastchester housing complexes in the Bronx and arrested 120 people. Despite descriptions as the “largest gang takedown in New York City history,” over half the arrestees were never even charged as gang members. How did this all happen? Criminal Conspiracy Laws—originally used to bring down organized crime like the mafia—are being used by NYPD to police youth and charge them with “gang involvement”, simply because of who they know. For many low-income teens of color, basic activities like having friends in one’s neighborhood, are used to justify arrest at alarming rates.

In the summer of 2019, CUP collaborated with Teaching Artist Ro Garrido and students from the Red Hook Community Justice Center in Brooklyn to dig deep into criminal conspiracy laws and their impact on local community members, interview stakeholders working on the issue, and create art to show what they learned.

The group teamed up with Designer Marcela Szwarc and created the booklet, Swept Up, to educate others and help them get involved in the issue. 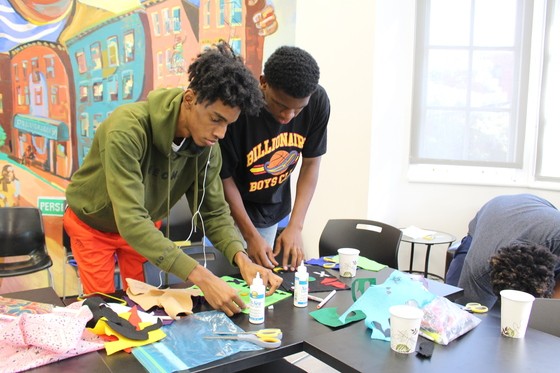 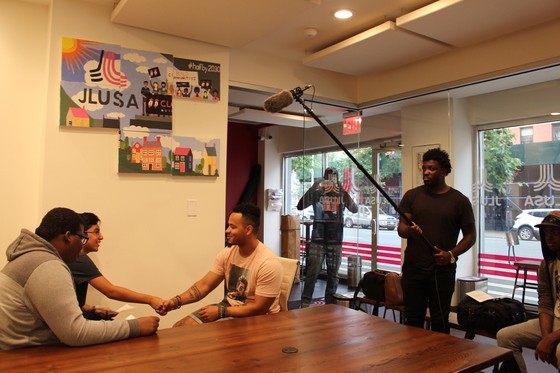 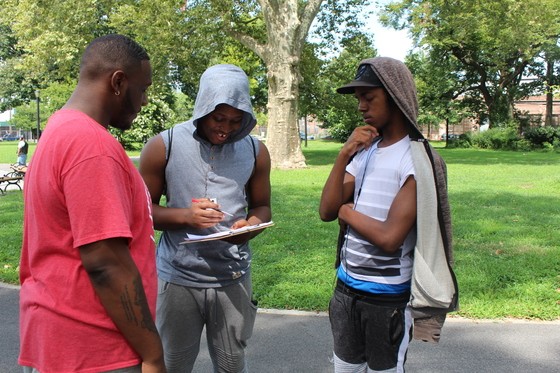 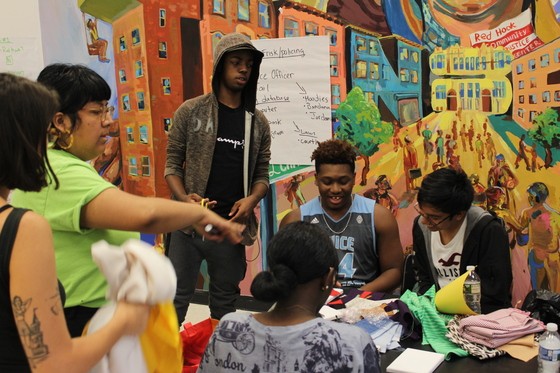 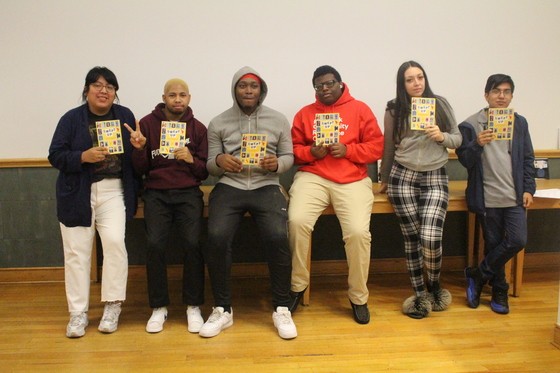 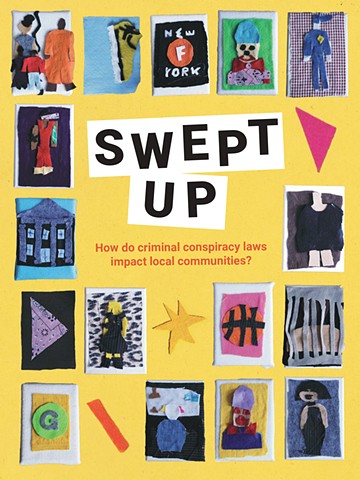 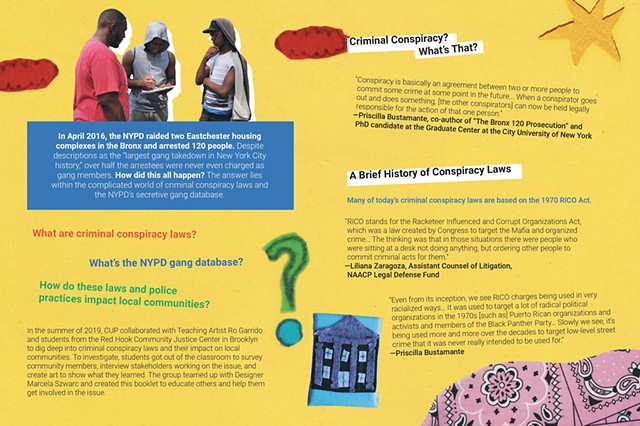 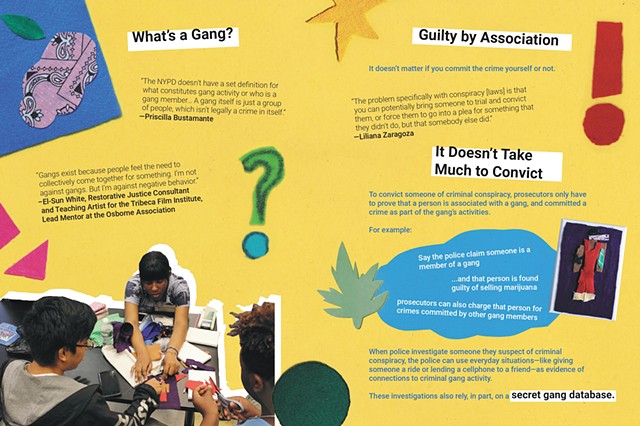 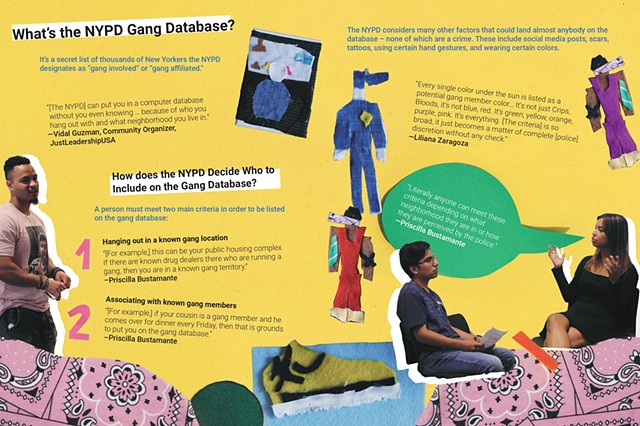 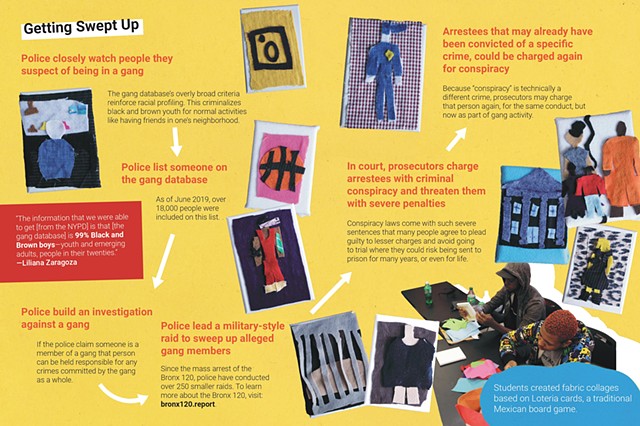 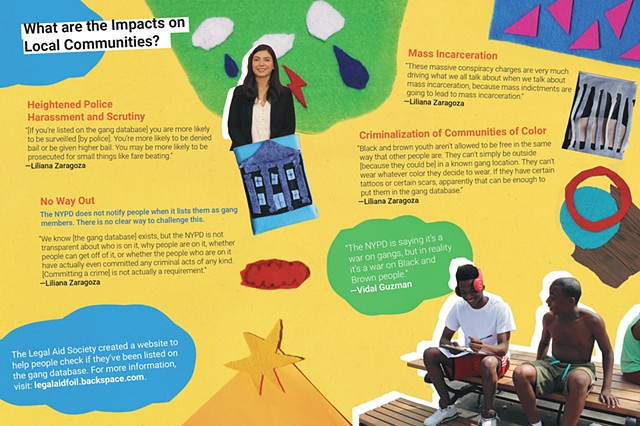 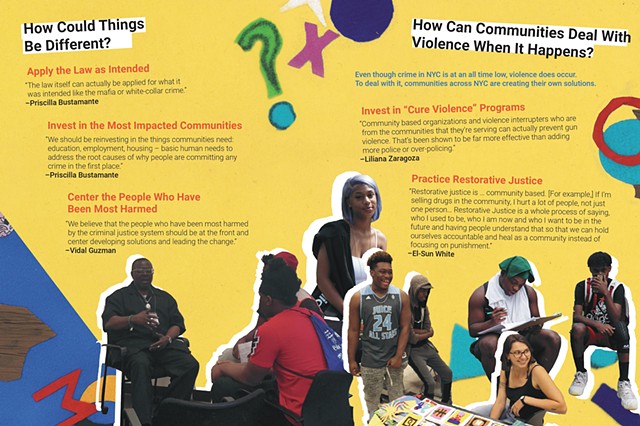 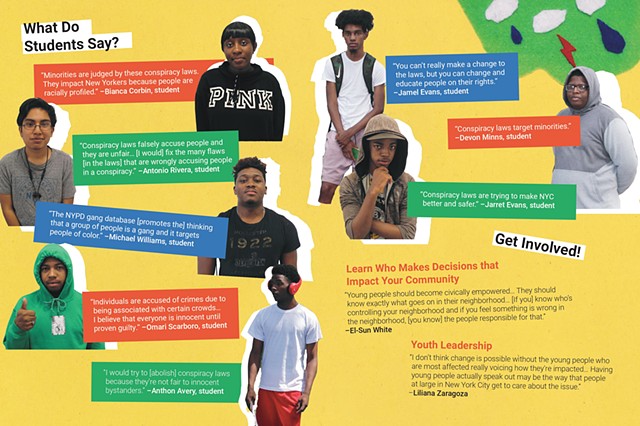 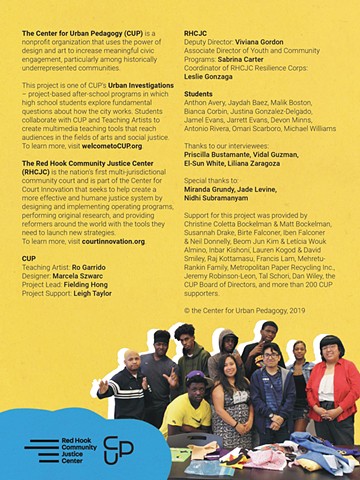